A ‘Northern Ireland only’ backstop would not protect Republic of Ireland’s trade with Britain which is more valuable than trade across the border with Northern Ireland.

There is, at last, some movement in the Brexit negotiation.

On the UK side, Boris Johnson previously insisted on the Irish backstop being scrapped. Now he is making proposals (unacceptable so far to the EU) to rewrite it.

On the EU side, there is a movement too.

The present Agreement contains a backstop to cover the whole UK. Now the EU is apparently willing to contemplate a backstop confined to Northern Ireland (NI) alone. This is a step backward for Ireland.  An ‘NI only’ backstop would not protect Irish trade with Britain which is more valuable than trade across the border with NI.

Why are the new UK proposals for an ‘NI only’ backstop unacceptable so far to the EU?

It is hard to give a complete answer to this question because the UK has insisted that its legal text for the new backstop remain confidential. This is a pity because any such text could benefit from constructive criticism from outside the narrow confines of the UK negotiation team and the Article 50 Task Force.

The only thing we have to go on is an Explanatory note published by the UK Government.

The note says the UK Government wants to uphold the Belfast Agreement of 1998. This Agreement was made in good faith by the then Irish government, on the basis of joint Irish and British membership of the EU Single Market, which had come into force only five years earlier in 1993, and had removed trade barriers between the two parts of Ireland.

If there was at that time any possibility of the UK ever withdrawing from the Single Market, it would have been for the UK side to have brought that up in the negotiations. Neither the then UK government, nor the Tory Opposition, did so.

If they had, there would probably have been no Belfast Agreement.

While everybody may now be acting in full good faith, there is also the issue for the EU of the structural reliability of the UK as a negotiating partner.

UK public opinion sees no problem with this, but it is difficult for the EU. The EU would be setting a precedent for future negotiations, with the UK and with others.

The latest UK proposals would align the regulatory standards for goods in NI, with EU standards. This is a welcome move, but it would mean new controls, between NI and Britain, to check compliance with EU standards. On the other hand it would remove the need for controls, for this particular purpose, at the land border in Ireland.

But the proposals completely ignore tariffs there will be between the EU and UK. Once the transition period is over, imports from the UK will have to pay EU tariffs, which are quite high for some products, particularly agricultural ones.

These tariffs will have to be collected at or near the land border in Ireland. The proposal to align NI and EU regulatory standards for goods does not solve that problem of tariffs on those same goods.

The collection of these tariffs at or near the border will be highly contentious, although it will be absolutely necessary if Ireland is to remain in the EU.

If , in future, the UK makes a trade agreements with a third country (say the US), and has to make concessions on either tariffs or goods standards to get these agreements, there would  then have to be additional or wider controls. These wider controls would be the land border for tariffs, and between NI and UK for standards.

This problem would get steadily worse as time goes on. Boris Johnson has said that the UK will deliberately diverge from EU labour, environmental and product standards and will be making many concessions in his trade deals, so the scope and scale of the controls will become greater all the time.

These will be either on the land border, or on the Irish Sea. Both go against the convergence goals of the Belfast Agreement.

The new UK proposals envisage a system of notifications to prevent prohibited products entering the EU and for the collection of VAT. It remains to be seen if these can be rendered compatible with the EU Customs code, which envisages the tariff, tax, and quality status of goods being checked at the same place, at a customs post on the border.

I expect the Article 50 Task force are now subjecting these UK proposals to forensic examination. They will ensure that Ireland’s status as a fully compliant part of the EU Single Market is not put in doubt and that the VAT is collected.

The entire UK package would create dangerous new opportunities for smuggling, and smuggling is often used to finance political terrorism and mafia practices.

The UK proposals are conditional on “Consent” in Northern Ireland to adherence to EU goods and food standards and to the Single Electricity Market.

They would not to come into effect, without the consent of the NI Executive and Assembly. This consent would have to be renewed every four years.

The NI Assembly nowadays seems incapable of meeting, let alone of making decisions, so I do not think the EU being happy to delegate the future of any hard won compromise it makes with the UK to it. It would be giving a regional body, in a non EU state, a power to obviate an Agreement into which the EU would have entered in good faith every four years. We must not forget that the NI Assembly operates on the basis of a “petition of concern” whereby, a minority ( 30 out of 90)  of members in the Assembly, could block consent to deal .

This  NI “consent” provision is to be inserted into the heart of what one hopes will to be a balanced, and hard fought, overall deal between the UK and the EU. I cannot see the EU agreeing to all this being subject to the ongoing vagaries of NI politics. 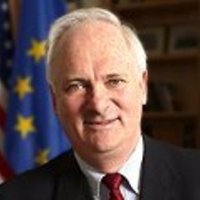 John Bruton was the Prime Minister of the Republic of Ireland  (1994-97) and the European Union’s Ambassador to the United States (2004-09). He had held several important offices in Irish government, including Minister for Finance, Minister for Industry & Energy, and Minister for Trade, Commerce & Tourism.

Why did the Governments Fail to Stop COVID-19?

[Bahauddin Foizee]
It would have taken a month at-tops to contain the virus and bring life back to normal in the cities across the world if three widely recommended steps were sharply implemented.

COVID-19: The Case for ‘Prolonged’ Lockdown

[Bahauddin Foizee]
The governments across the world should prioritize human health (and lives) over economic health even from an economic standpoint alone.

[John Bruton]
By undermining the European Court of Justice, the German Court is providing a precedent that could be used by semi authoritarian governments in some EU states, who do not like some EU decisions on matters like the rule of law, academic freedom, or media pluralism.

BREXIT Heading for the Cliff Edge

[John Bruton]
The Conservative Party, which is driven by a narrative around re-establishing British identity and is quite insensitive to economic or trade arguments, wants Brexit done quickly because it fears the British people might change their minds. That is why there is such a mad rush. It is not rational. It is imperative!

How will the EU Tackle COVID-19’s Economic Slump?

[John Bruton]
Article 122 of the EU Treaty already makes provision for the EU to give aid  to help states suffering from “natural disasters and exceptional occurrences” beyond the control of a member state or states. COVID-19 meets this criterion.

[Dr. Pankaj Jha]
India’s Indo-pacific Oceans Initiative is a work in progress and requires concerted effort among littoral countries of the Indo-Pacific region.

COVID-19: Why was Italy the first badly affected Western country despite being half the world away from China?

[Bahauddin Foizee]
Chinese tourists and business persons, elderly population, not maintaining social distancing, and the delay in imposing full lockdown — all these factors made Italy the first Western country to be badly affected by the COVID-19.

Lockdown: Only Option Available against COVID-19

[Bahauddin Foizee]
The best option available against COVID-19 is the full, strict and early lockdown, together with testing the suspects, and treating and isolating the confirmed patients.

[John Bruton]
Now that lives, and not just livelihoods, are at stake, an even more vigorous program of action from the G20 is needed. 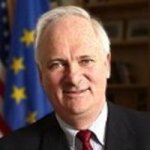 John Bruton was the Prime Minister of the Republic of Ireland (1994-97), who helped transform the Irish economy into the “Celtic Tiger,” one of the fastest growing economies in the world.

John Bruton was also deeply involved in the Northern Irish Peace Process leading to the 1998 Good Friday Agreement, under whose terms a conflict of allegiances dating back to the seventeenth century was resolved.

He also served as the European Union Ambassador to the United States (2004-09). He held several important offices in Irish government, including Minister for Finance, Minister for Industry & Energy, and Minister for Trade, Commerce & Tourism.

Governments Imposing Lockdowns to Fight the Spread of CoronaVirus

Air Pollution is a GLOBAL THREAT

Oped Column Syndication offers publishers numerous articles from its basket and makes it hassle-free for publishers to find opinion pieces and content articles.

While publishing the world’s established thought-leaders is Oped Column Syndication‘s principal feature, giving voice to the emerging thought-leaders as well as unheard individuals who wish to be heard is the syndication-service’s unique feature.

Although  Oped Column Syndication allows other media-outlets/publications to publish (or use) its Oped Articles, it strictly prohibits use/publishing of its articles without fulfilling the certain conditions mentioned in the Republish page.